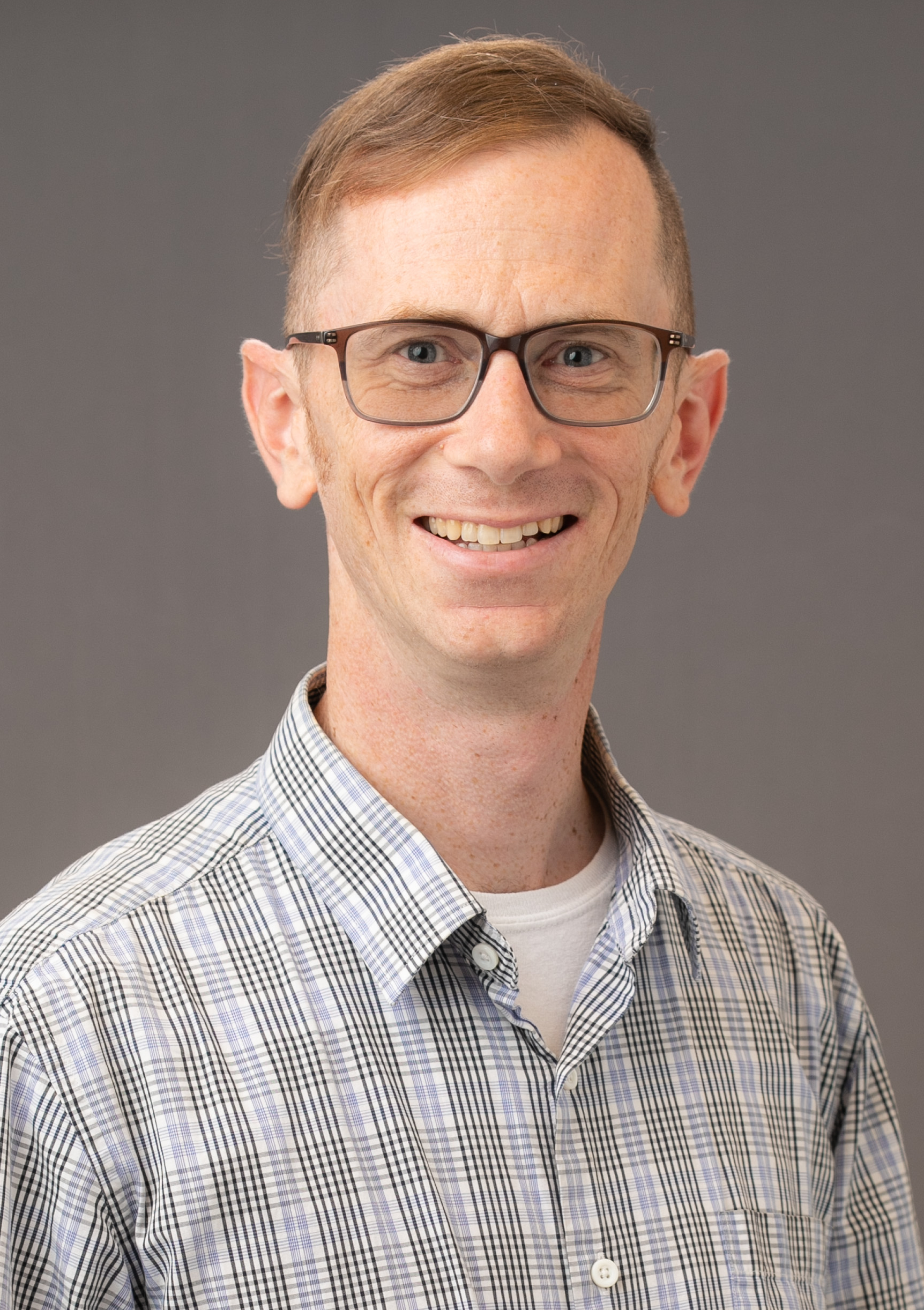 David Mobley did his undergraduate work in Physics at the University of California, Davis, graduating in 2000. After that he finished a M.S. (2002) and a Ph.D. (2004) in Physics at UCD, doing graduate research in condensed matter theory and biophysics with Daniel L. Cox and Rajiv Singh. Following his Ph.D. he took a position with Ken Dill at the University of California, San Francisco, doing molecular simulations relating to protein-ligand binding and hydration thermodynamics. This work ultimately moved with him to the University of New Orleans. However, after his postdoc ended in 2008, he did a brief stint as Chief Science Officer of a startup company (Simprota Corporation) doing contract work designing peptide diagnostics. He then left to join UNO in Fall 2008. Then, in 2012, after almost 4 years at UNO, he moved to his current position in Pharmaceutical Sciences at the University of California, Irvine. In January 2013 he also received a joint appointment in the Department of Chemistry at UCI. He was promoted to Associate Professor at UCI, and received tenure, in July 2014, then was promoted to Professor in 2018. He served on the advisory board for Schrodinger software from 2013-2016. He currently serves on the editorial boards of the Journal of Computer-Aided Molecular Design and the Journal of Molecular Recognition, on the scientific advisory board for OpenEye Scientific Software, as a founding and managing editor for the Living Journal of Computational Molecular Science, and as an Open Science Fellow for Silicon Therapeutics. He also maintains a personal blog where he writes about his Christian faith and other issues. 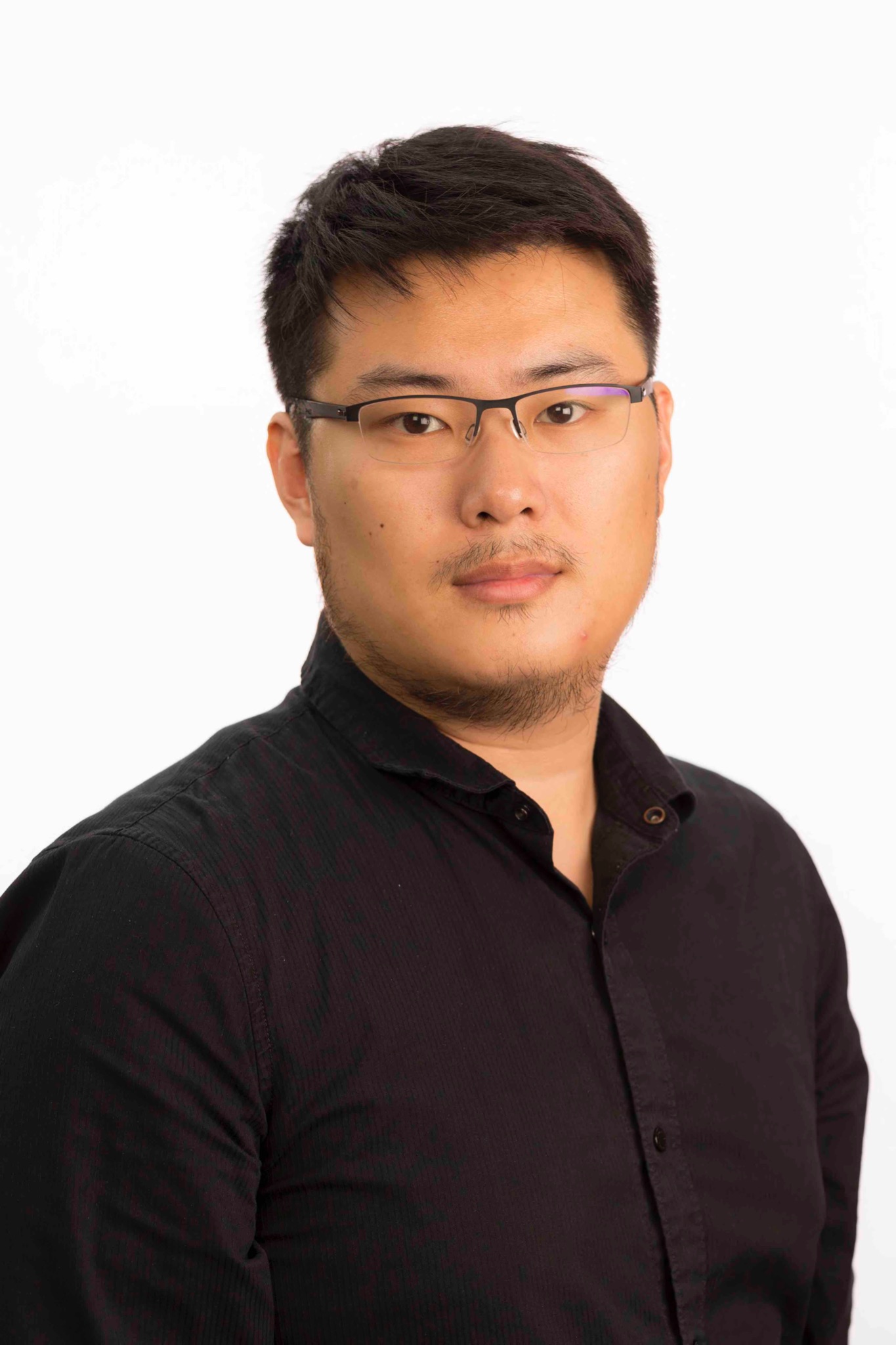 Yunhui Ge pursued his PhD study in computational chemistry in Dr. Vincent Voelz lab at Temple University in Philadelphia. After he graduated in 2020, he joined the Mobley lab in UC Irvine as a postdoc. His research has been focused on (1) exploring enhanced sampling techniques for water molecules and their applications in binding free energy calculations; (2) using molecular dynamics simulations and docking algorithms for virtual screening and lead optimization; (3) applying Markov state model approaches to investigate folding and binding mechanisms for different systems; (4) developing a Bayesian inference approach to reconcile experimental measurements with simulations predictions for structural determination and model selection. 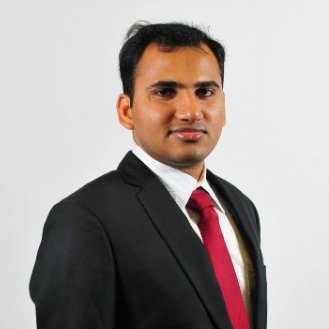 Pavan Behara graduated in Chemical Engineering from Birla Institute of Technology and Science, Pilani in 2011. He worked for a year in the R&D division of Aditya Birla Group on Alumina refining processes. In 2012, he moved to University at Buffalo, SUNY, for a Masters degree and worked on understanding demixing phenomenon in binary hardsphere mixtures. He started his PhD research in 2015 on modeling charge carrier dynamics in renewable energy materials using Ab initio quantum chemistry methods. Pavan joined Mobley Lab, under Openforcefield initiative in Sep 2020, to work on development of small molecule force fields for pharmaceutically relevant chemical space. 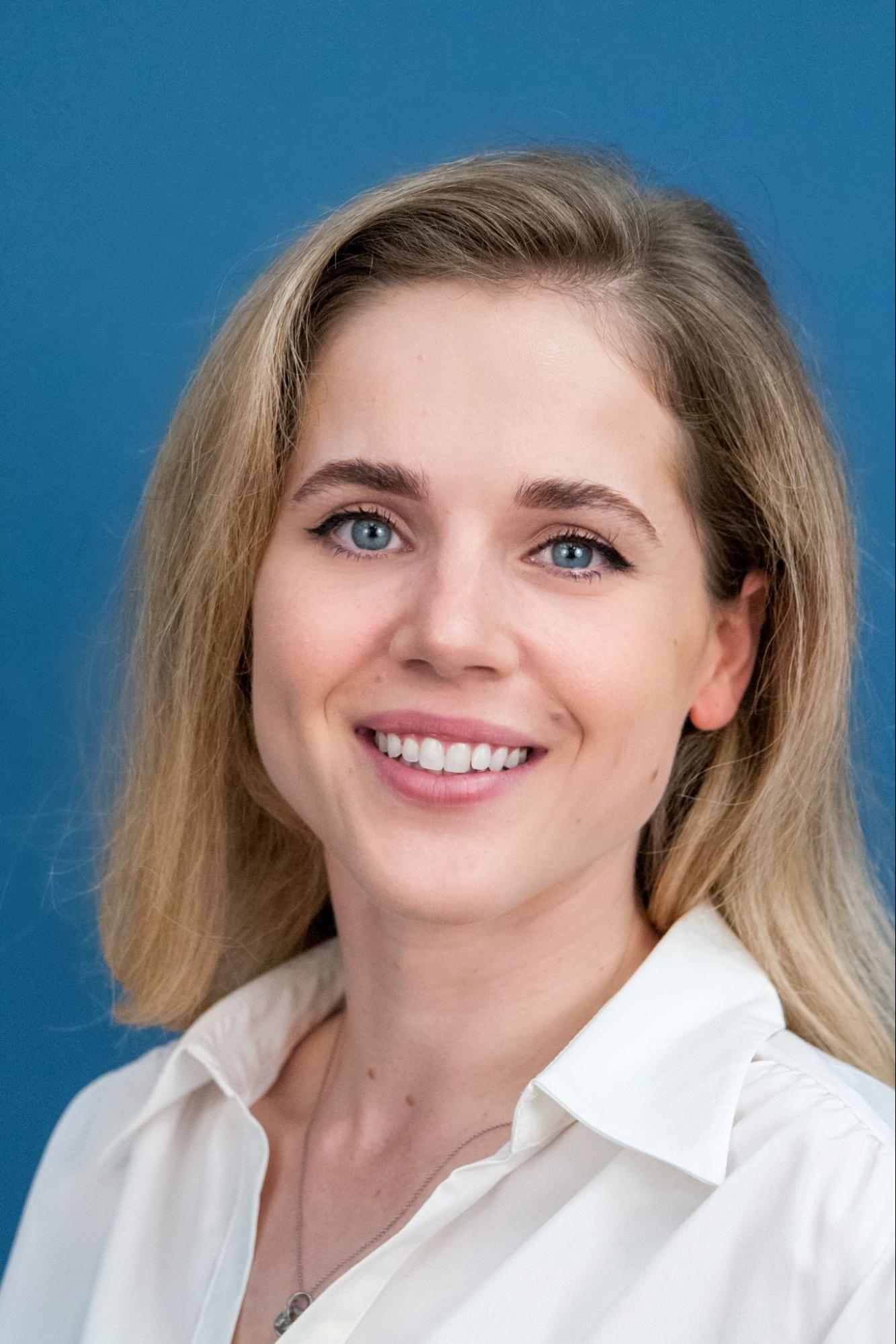 Dr. Mary Pitman is a postdoc in the Mobley lab with a habit of reimagining biological phenomena through the lens of theory. She did her doctoral research in the Papoian lab at the University of Maryland and as a Fellow for Integrative Cancer Research at NCI/NIH. Mary aspires to lead a brigade of curious individuals to improve patient outcomes. 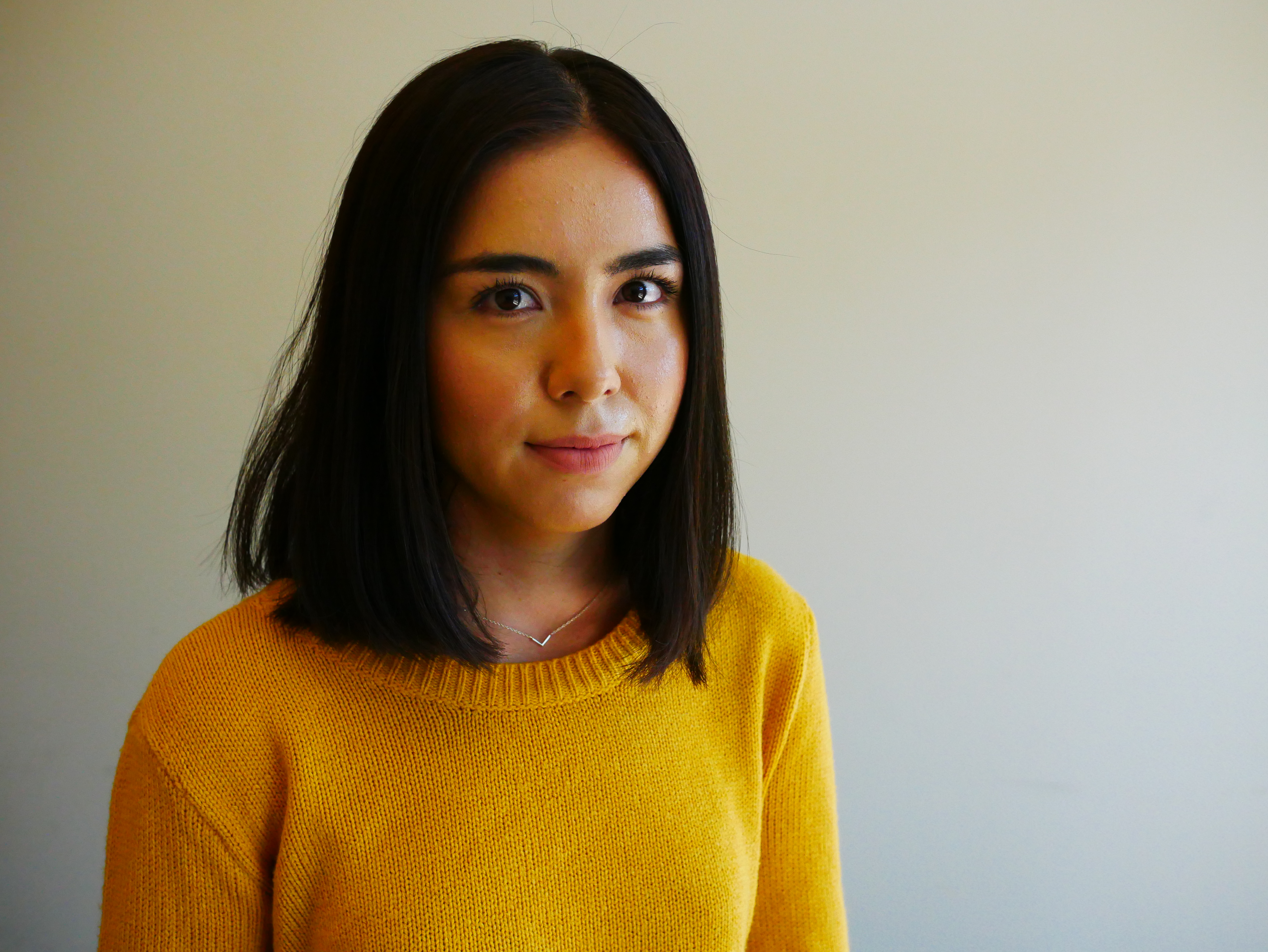 Jessica joined the Mobley group in 2018. She graduated University of Massachusetts Amherst in 2017 with a B.S. in Applied Mathematics and Chemistry. She worked with Prof. Christine Isborn from UC Merced on her undergraduate honors thesis on calculating the hyperpolarizaibility of organic electrooptic chromophores and modeling their excited state coupling. Jessica currently works on improving accuracy of force fields in the Open Force Field Initiative. Specifically her project focuses on developing using data driven methods to improve energetics and geometries of trivalent nitrogens, a very prevalent chemical feature in small drug molecules. 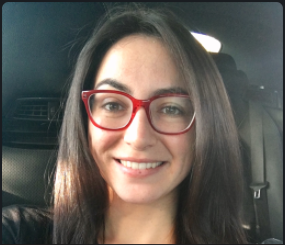 Danielle joined the Mobley lab in 2018 under the Pharmacological Sciences Ph.D. program. Her previous work involved contributing to the development and application of BLUES, and is currently involved in the SAMPL series of blind challenges. Her long-term research interest is to produce computational methods that reduce the cost of drug discovery, as well as expand the applications of computational chemistry in drug discovery. 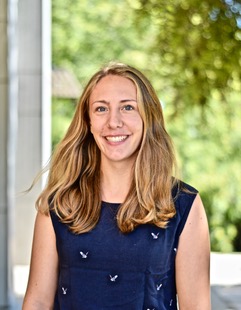 Hannah graduated from Johannes-Gutenberg University Mainz, Germany, with a pharmacy degree in 2018. During her time in pharmacy school she worked with Prof. González at the University Jaume in Castelló de la Plana, Spain, synthesizing a new cysteine protease inhibitor against Trypanosoma. She also did an internship for six months at Merck KGaA, Darmstadt, where she applied relative binding free energy calculations in ongoing drug discovery projects. Motivated by this experience, Hannah decided to come to UC Irvine, where she joined the Mobley lab in Fall 2018. Her research focuses on developing an alternate approach for relative binding free energy calculations, Separated Topologies. Hannah’s main interest is to develop and improve computational methods that help discover new drugs. 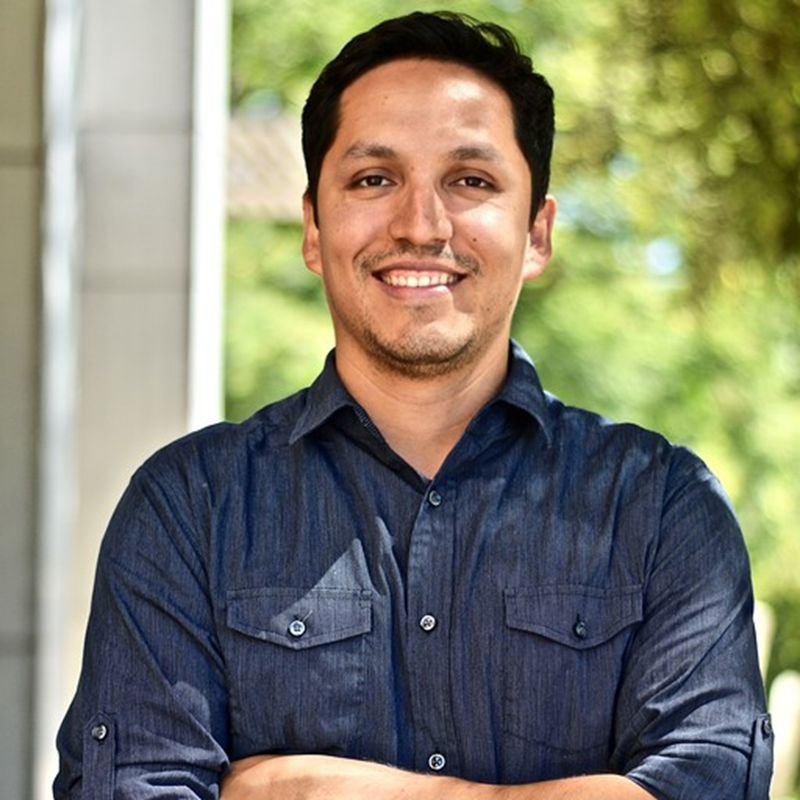 Martin Amezcua graduated from CSUF with a B.S. in Biochemistry. During this time, under the tutelage of Dr. Nicholas Salzameda, his research work involved computational modeling and docking, synthesis, and evaluation of dipeptide small molecules as potential counter measures against Botulinum Neurotoxin-A. He entered UCI’s Pharmaceutical Sciences PhD program in 2018, where he joined the Mobley Lab. His current work is primarily on the SAMPL (Statistical Assessment of the Modeling of Proteins and Ligands) challenges to test and study computational methods and tools for predicting binding thermodynamics of host-guest systems to help improve their accuracy for computer aided drug design. 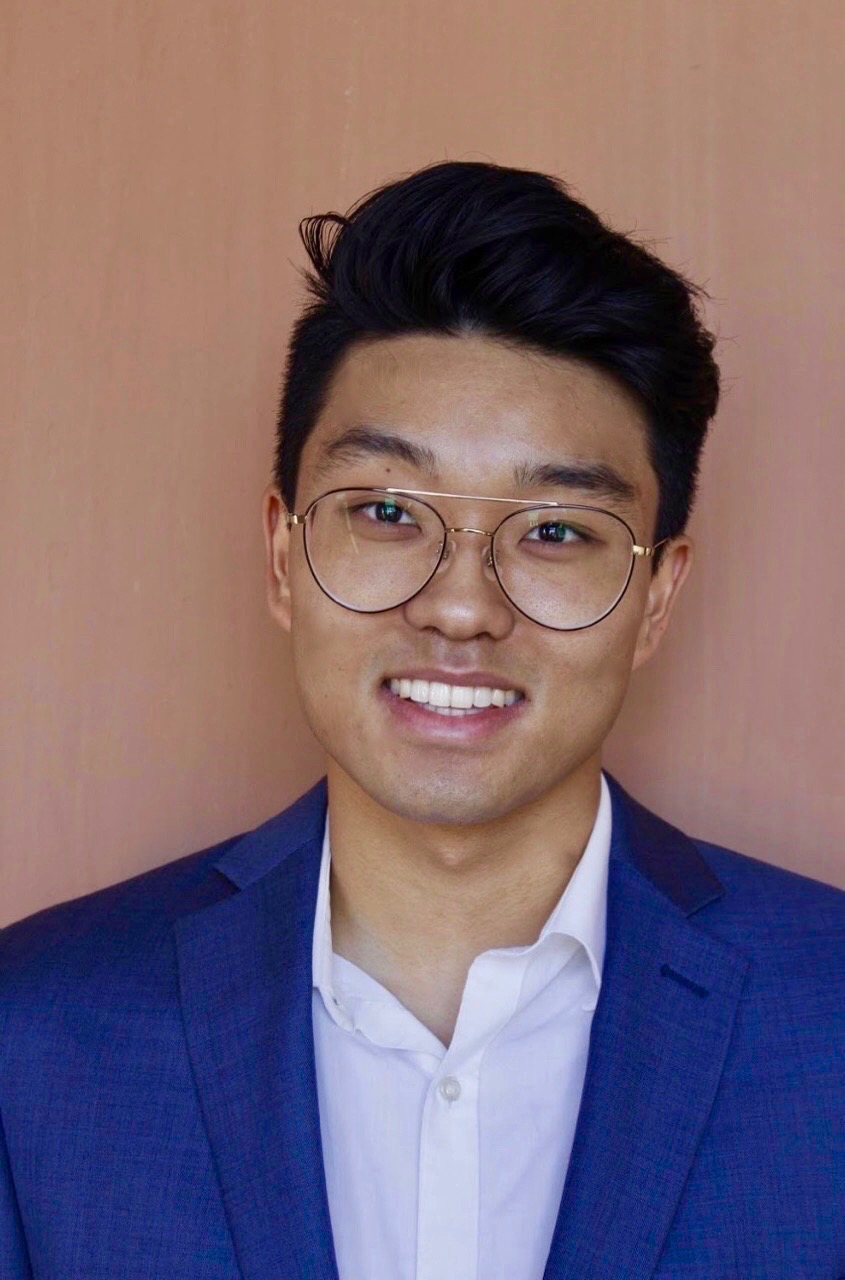 Chris Zhang graduated from Harvard University with a Bachelors in Chemistry. During his undergrad, he worked in Alan Aspuru-Guzik’s lab applying machine learning methods to chemistry. He is currently developing computational tools to analyze DNA-encoded libraries. 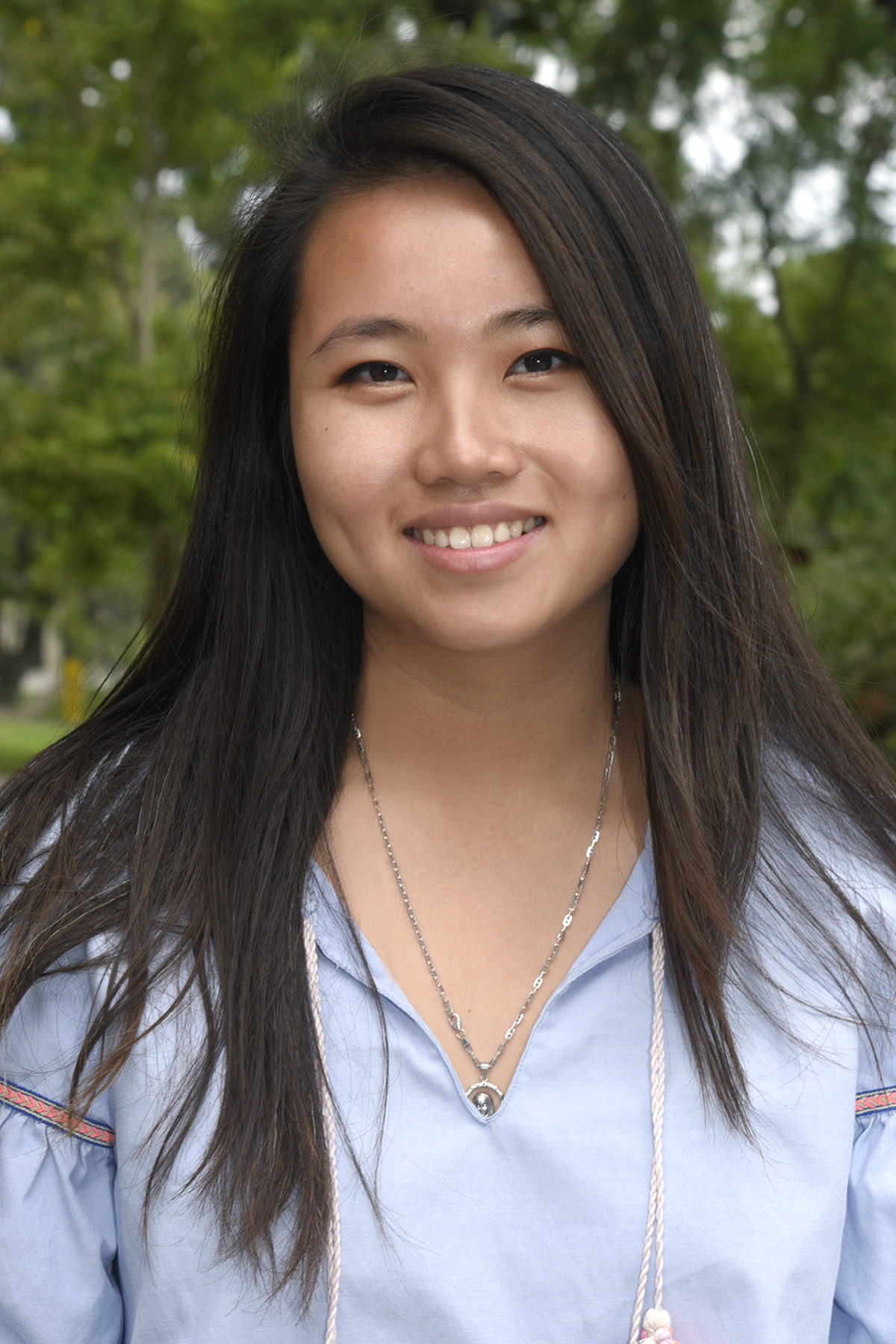 Oanh Tran completed her B.S. and B.S.A. at the University of Texas at Austin in biochemistry and chemistry. As an undergraduate student, Tran worked on multiple research projects from her institution as well as from other internships across the U.S. She is currently pursuing a Ph.D. and working in both the Mobley lab and the Poulos lab. She also has the best corgi in the world, named Brisket. 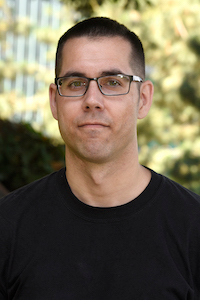 Trevor Gokey earned an MS in Computer Science at San Francisco State University and a BA in Psychology from CSU Long Beach. He works with OpenFF to design force fields, where he focuses on efficient ways to encode and search chemical space. His interests are at the intersection of high performance computing and multiscale modeling. Outside of research, Trevor enjoys roasting coffee and perfecting espresso, building clusters, and pipe organs. 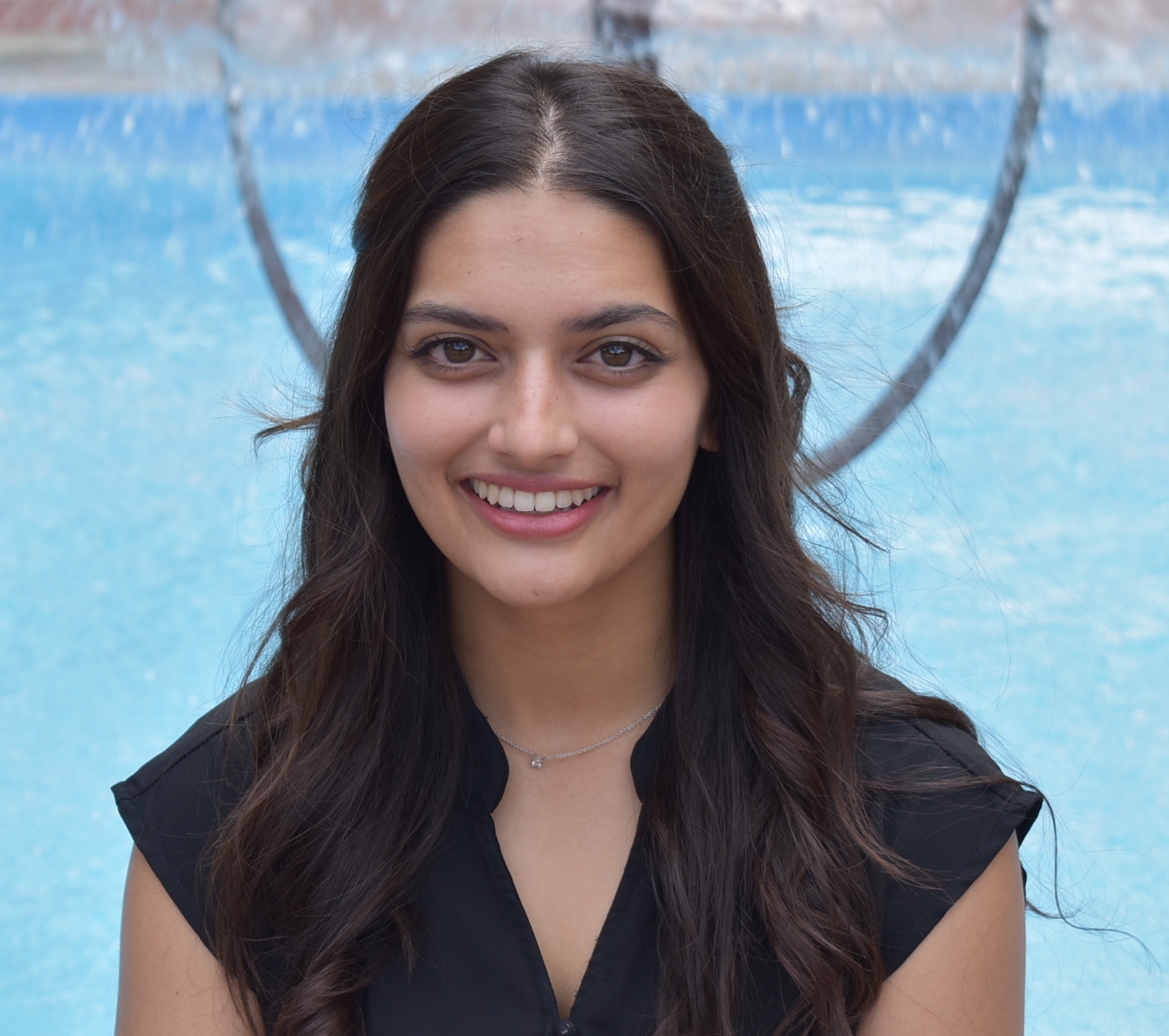 Anjali Dixit is a Pharmaceutical Sciences Ph.D. student who is co-advised by Dr. David Mobley and Dr. Paegel. She graduated from the University of California Santa Barbara with BS in pharmacology and BA in psychology. In her undergraduate career, Anjali’s research centered around neuroimaging and decision-making research. In her graduate career, her project aims to strengthen the role of cheminformatic involvement in DNA-encoded library combinatorial synthesis and library design. Using machine learning tools, she hopes to inform future generations of library development towards rationally designed chemical space 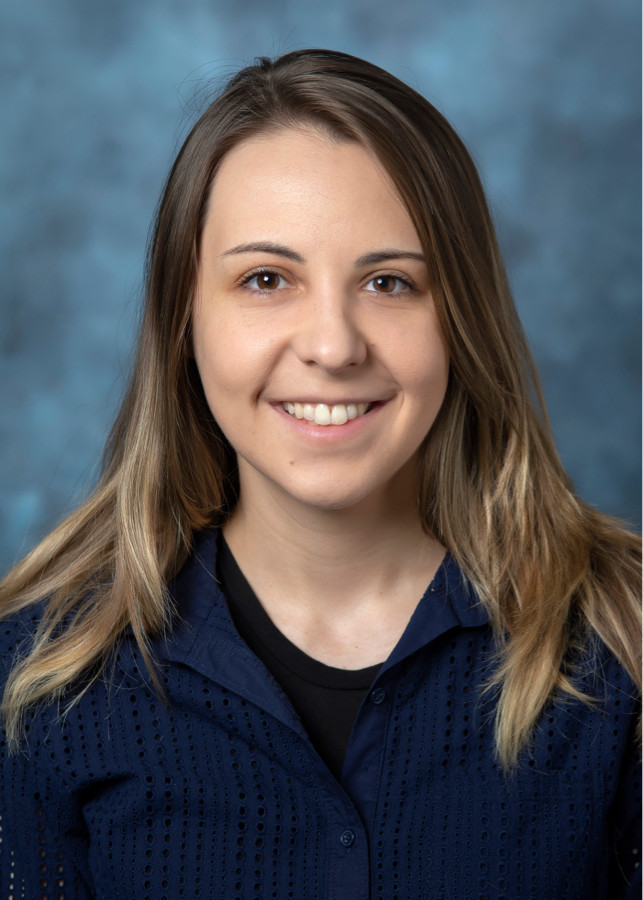 Ana graduated with her B.S. in Biochemistry and Molecular Biology from UC Santa Cruz in 2015. She did research in undergrad but didn’t feel ready for a PhD after graduation so she sought out research positions before applying to graduate school. She worked for a clinical trials company and in research at Cedars Sinai Medical Center where she studied the molecular mechanisms of heart failure and development of a blood based bioassay to determine disease progression. In 2020, Ana made the transition into the Pharmacological Sciences PhD program at UC Irvine and joined the Mobley lab. Her work focuses on implementing separated topologies approach into the Lead Optimization Mapper (LOMap) to plan out binding free energy calculations that can be used in the pharmaceutical industry. Besides research she likes to be involved in mentoring students to help ease their transition into graduate school. Other things that bring Ana joy are reading – particularly dystopian novels, trying new coffee shops, and experiencing new cultures through travel and cuisine. 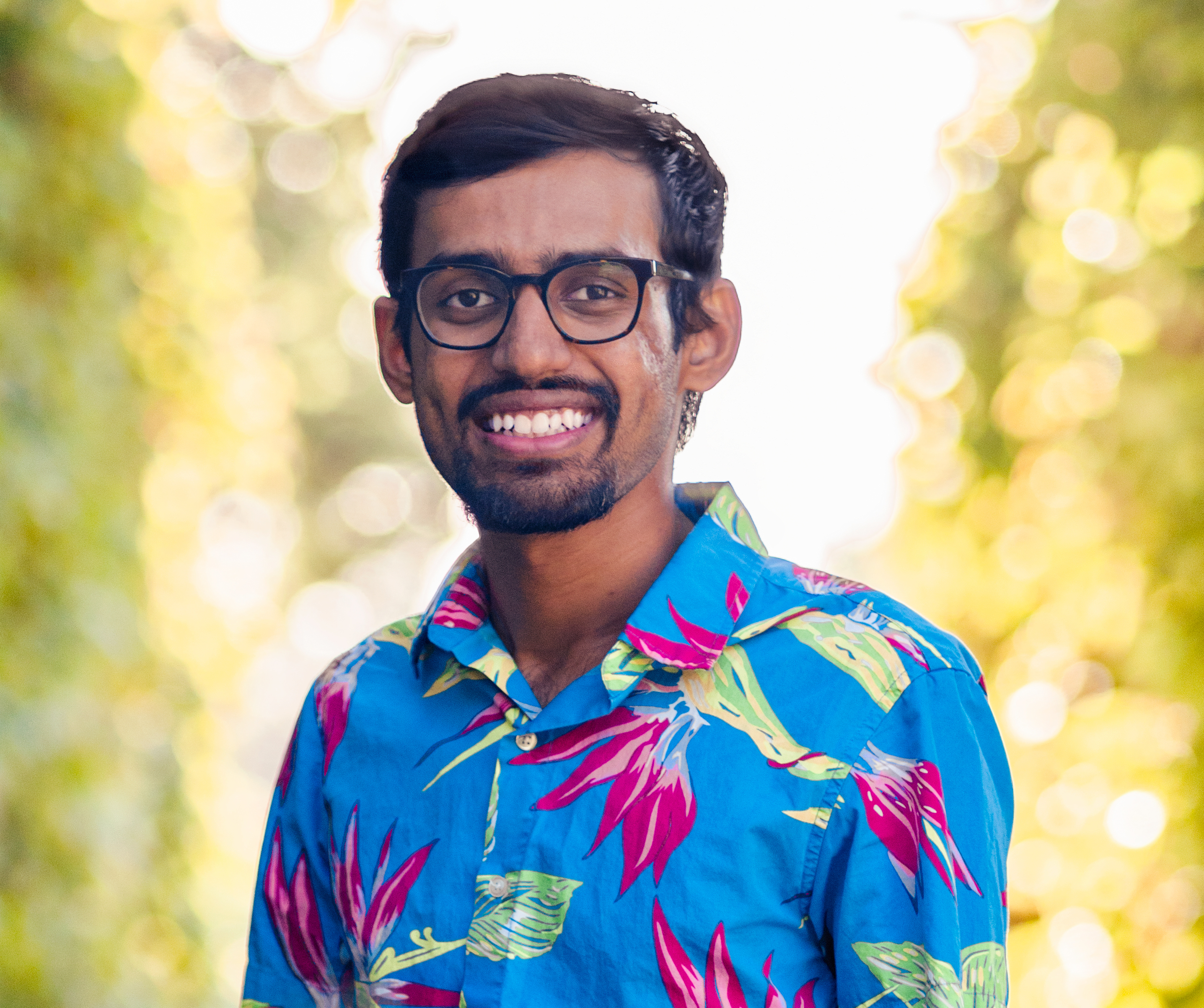 Aakankschit (AK) Nandkeolyar graduated with a B.S. and M.S. in Biomedical Engineering from Drexel University in Philadelphia. He completed an internship with the automation team at GLaxoSmithkline (GSK) where he found an interest for pharmaceutical sciences. AK worked on curating a dataset of physical properties for the blind challenge series SAMPL (Statistical Assessment of Modeling of Proteins and Ligands). AK continued his collaboration with GSK through his graduate research at Drexel, which focused on building machine learning models to predict clinical outcomes in patients based on data obtained from quantitative systems pharmacology models. At the Mobley Lab, he continues to work on the SAMPL project evaluating different modeling methods for accuracy in predicting physical proterties. 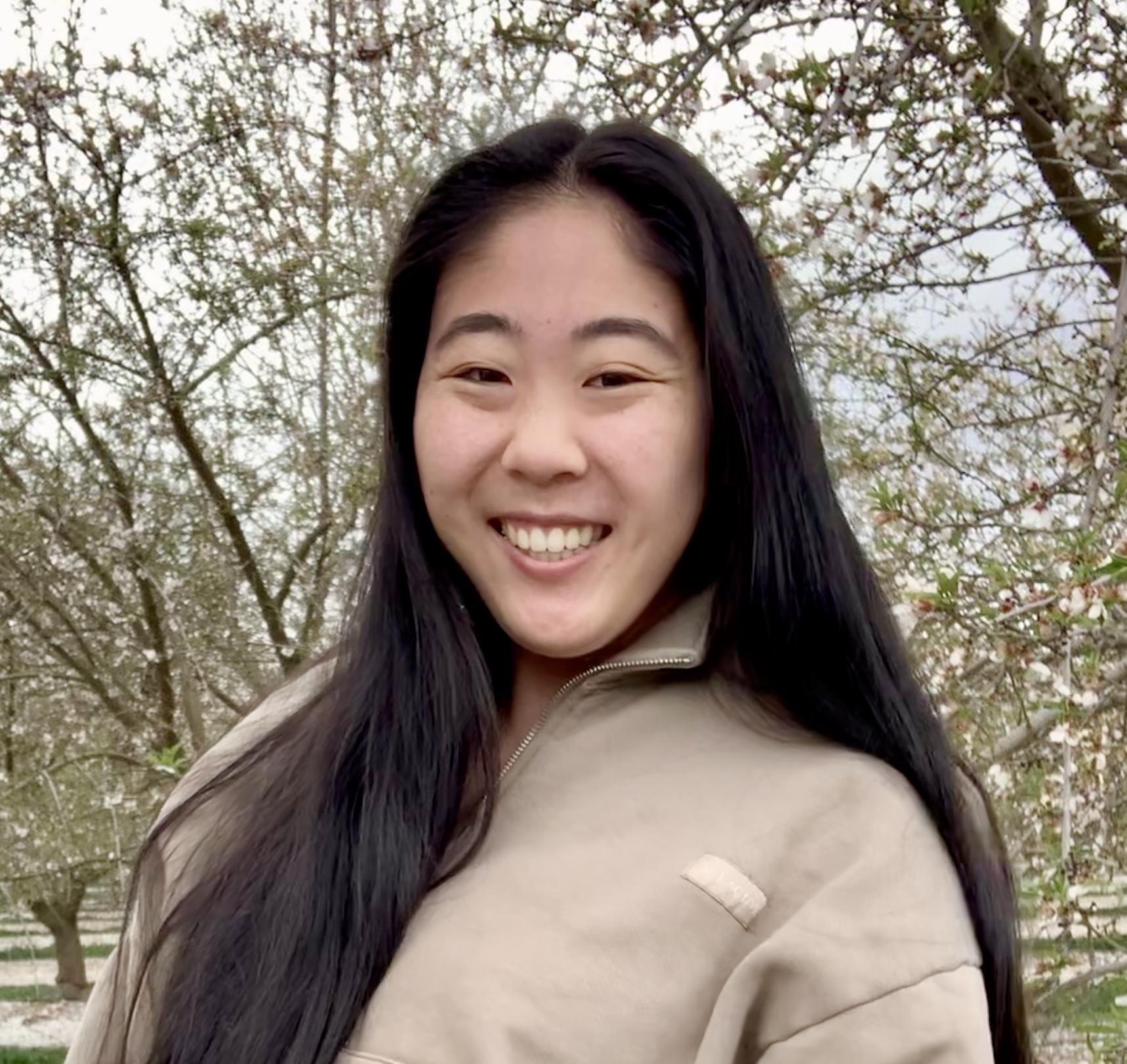 Meghan Osato graduated from UCI in 2020 with Bachelor’s degrees in Biological Sciences and Computer Science. During her undergrad, she worked in the Mobley Lab on protein-ligand binding mode prediction using MD and BLUES simulations. Upon graduating she worked with Dr. Antoni Luque at San Diego State University modeling bacteriophage capsid geometry. Currently, Meghan is a technician in the Mobley Lab working on containerized methods for the SAMPL Challenges. She plans to join the Mobley Lab in Fall 2022 as a PhD student.